Up to Speed: Getting to Know Facebook Instant Articles

Eight seconds. That’s it. If you had eight seconds, what could you do?

If you’re a man, studies say that’s all the time you need to fall in love. If you’re a professional bull rider, that’s the ride time required to qualify. And if you want an out-of-the-oven taste experience, that’s how long Krispy Kreme recommends microwaving a donut.

Facebook tells us you could also spend that same amount of time opening a link from its news feed, which takes an average of eight seconds to load on a mobile device. For a social network, this is bad news, especially now that research says our attention span is down to, you guessed it, eight seconds.

That’s why Facebook developed Facebook Instant Articles, which launched on its iPhone app last month. Instant Articles are stories hosted on Facebook’s servers—not the publisher’s—allowing the content to load almost instantly. According to Facebook, the loading time is up to 10 times faster than standard Facebook links. In an age where site speed affects nearly every metric—bounce rate, conversion, page views—even gains of a half-second can heavily influence web traffic.

While the speed of Instant Articles is the literal value proposition, this new concept has so much more to offer for publishers, marketers and users.

Each Instant Article is an HTML5 document capable of unveiling a unique storytelling buffet. Facebook designed these pieces to feature a suite of multimedia we’re used to seeing in major editorial projects: autoplay videos, audio commentary as photo captions, interactive maps and images, and the ability to share or comment on specific parts of the article.

On the back end, publishers can connect a dedicated RSS feed to Instant Articles, making it easy to distribute a single page or a bulk inventory of content directly from their existing content management system. The fun rich-media capabilities can be added manually within the Instant Articles Manager on Facebook.

Once published, Instant Articles are designated with a lightning bolt icon in the mobile news feed. Another cool feature: If you share the article outside of Facebook, it maintains the same URL as the original content on the publisher’s website, so it can be read on any platform. This matching embedded URL helps ensure the post is compatible with the publisher’s tracking system; analytics information such as referrer, device type and location will still pass through to the publisher.

For this immediate launch, Facebook Instant Articles are available only to a select number of publishers participating in the social network’s beta program. These early adopters are your usual suspects, including The Huffington Post, Buzzfeed, The Washington Post and Business Insider.

You can see a preview of how these brands are using Instant Articles in the video below. For the full effect, though, find the Instant Articles page in your Facebook mobile app and immerse yourself in one of the early examples.

I think we can all agree the articles look out-of-this-world amazing. “This is a living page,” says Shezad Morani, creative director for NBCNews.com, in the Instant Articles launch video. “This is a living, breathing article that is beyond just words.”

These media elements fit so naturally into the NatGeo brand, which signals a major opportunity for both large and small publishers. Facebook is committed to allowing a design architecture that parallels each publisher’s web version; realistically, neither party wants an Instant Articles page to look like a Facebook page.

By the same token, smaller publishers, like your company blog, will soon be able to use the Instant Articles capabilities to introduce brand aesthetic. No longer will just great writing be expected of your posts. Your Facebook fans will begin to expect your pages to use auto-play video and immersive maps. And you’d better believe that bar will be raised organically, across the board. Rising tides, right? The early advantage in this space will go to marketers with experienced video teams, but don’t discount the demand for custom photography, sound engineers and interactive designers.

That may sound a little intimidating, but keep in mind: This is a path to building a publishing brand on a platform everyone uses. Rather than hoping fans get a newsletter or bookmark a blog, you can take your story right to them. And while there’s already a lot of competing noise on Facebook, this will pressure content marketers to tell better stories in daring new ways.

While the speed and visual capabilities of Instant Articles are undeniably attractive, the proposition of Facebook as a publishing giant offers some cause for concern. The biggest question for content publishers is the issue of ad revenue.

In these early days, Facebook is playing nice with its media partners. Publishers have the option to keep 100 percent of the ad revenue with their existing banner ads or take a 30 percent cut if the ads are sold through the Facebook network. This deal with Facebook should mean publishers don’t have to sacrifice ad revenue in exchange for a broader reach and improved mobile experience. The fear is that the terms of this agreement could evolve once users get hooked on the format.

Initial concerns about page-view attribution are being addressed thanks to Facebook’s integration with ComScore, which will credit the publisher for click traffic. However, publishing sites will certainly sacrifice some traffic that used to flow from the social network. If those readers aren’t able to organically bounce to other parts of your site, this is a huge red flag for conversion rates.

The Washington Post is all-in committed to Instant Articles and is experiencing some of these challenges. Since the paper publishes every one of its stories to Instant Articles, it’s now nearly impossible for iPhone users to link to the Post’s site from Facebook. Predictably, the publisher has seen a dip in mobile traffic to its website.

Instant Articles proponents argue these traffic losses will be offset by an increase in consumption and shares on Facebook. The New York Times says its content is being shared more than traditional links, in large part because it loads faster on phones.

All this said, the best argument for early adoption of Instant Articles, and the trump card against traditional media fears, is that America already uses social media to stay informed. A 2015 study by the Pew Research Center shows that 63% of users get their news from Facebook, up from 47% in 2013.

If not Facebook, mobile users will consume news from another platform. Snapchat’s Discover and Apple News are already publishing options, as well as Twitter’s new Moments feature. Based on early traction, I expect Instant Articles to be the standard in this field. As they say, speed kills. 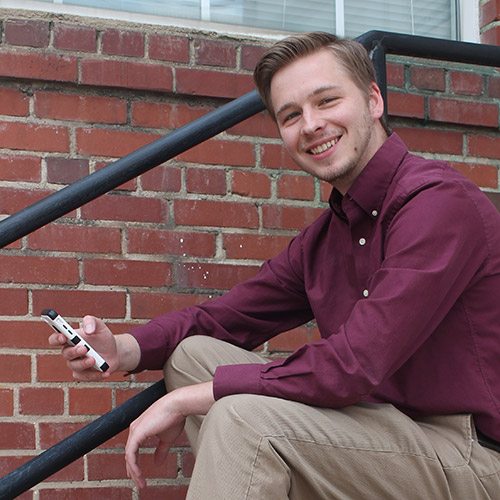