Millennial marketing is the recent buzzword, as brands are trying to tap into the cohort’s $200 billion buying power with their existing products. However, few brands are having dialogues to gain insights on how their brand’s legacy fits in today’s market.

Here are four methods marketers can use to effectively engage new audiences.

In this new consumerism landscape, how do I position my brand’s cash-cow products?

Consider updating your buyer personas. Successful marketing strategies involve not letting buyer personas fossilize. Instead, be aware of how your customer demos’ needs, age and ideals are evolving. The last may drive the needle the most.

With so many emerging brands in the marketplace vying for customers, some legacy brands are updating their marketing to reflect the way millennials, in particular, use products. Brands are no longer “owned” by the people within the organization, but by their customers.

Pedialyte, which is typically given to young children when they’re sick, is a great example of how research informed a new buyer persona. Millennials discovered that Pedialyte is an excellent hangover remedy; as a consequence, the brand’s sales have risen by 57 percent since it launched the adult-targeted “See the Lyte” campaign. The brand now claims that a third of its sales come from adult use.

Pedialyte then plus’d-up the campaign by taking advantage of millennials’ favorite type of marketing: experiential. The company partnered with Uber for brand activations that targeted likely intoxicated young people.

Had Pedialyte not been willing to adapt its personas, the brand would have missed out on millions in sales.

“America’s best-selling car” now has to compete with the Honda Civic, which was originally branded as a teenager’s ideal first car. Those teenage drivers are now grown up and staying loyal to the Civic, with its modern styling and edgy look.

Toyota finally caught wind of the steepening competition and redesigned the Camry for the first time in 4 years, emphasizing the driving experience … a very millennial marketing tactic.

Watching the new campaign for the 2018 Camry, you’ll see fewer families featured, as they’ve been replaced with a new type of family — millennials driving their friends around. The car offers as much function as style.

To help their brand be top-of-mind for millennials, Toyota has partnered with millennial-driven VICE Media’s property ‘Noisey’ channel to promote up-and-coming artists.

And some are crediting the win to the redesigned Camry.

According to MSN, “Sales in December [2017] were up almost 30 percent compared to year ago, thanks to the arrival of the all-new eighth generation.”

By giving the classic American family vehicle a revamp, automakers can fill the needs of digital, on-the-go, budget-minded millennials.

In the ’90s, Americans were fascinated by instant Polaroid pictures. That nostalgia is still shared by many millennials as they search for ways to instantly document their experiences.

Digital platforms like Instagram have filled that void, yet Gen Y still craves a tangibility and nostalgia in these moments — evidenced by the fact that many millennials will have photo booths and instant cameras on hand for at their parties.

Polaroid, the king of instants, declared bankruptcy for the second time in 2008. But Fujifilm has figured out how to leverage this millennial fascination with instant gratification by having a brand activation event at NYC music festival Governor’s Ball. Attendees could take a professional photo and either take it home with them or post it on a giant frame emblazoned with the Governors Ball logo.

Now a product that was originally intended for ’90s family vacations is now at one of the hottest music festivals in America.

The company also offers a line of printers that can print photos taken with a smartphone, which further speaks to the company’s understanding of the lifestyle of its younger target demo.

Founded in 1837, iconic jewelry house Tiffany & Co. has gone from making swords for the U.S. military to enchanting Audrey Hepburn in “Breakfast at Tiffany’s.” The brand is known to have a high-brow, prestigious (if not regal) air about it.

After the recent economic recessions, as the company looked for ways to pull itself out of decline after firing both the head of design and CEO, it strategically decided to change the way its goods were viewed by customers — moving from an aspirant gift to receive to the self-purchasing woman’s everyday wear.

Chavie Lieber writes in Racked, “For years the industry considered women secondary influencers.’ They are now the target customer…De Beers found that millennials spent $26 billion on diamond jewelry in 2015, and 31 percent of those purchases were pieces women bought for themselves. According to De Beers, female self-purchasing is on the rise, especially among those in the 25- to 39-year-old age bracket.”

As more women become breadwinners, Tiffany has moved its position from catering to the socialite to the working woman, aka the self-purchasing woman.

Tiffany’s latest campaign, “There’s Only One”, highlights the brand’s attempt to capitalize on this demographic by featuring women such as Zoe Kravitz and Janelle Monae. The diversity of this campaign was a rarity prior to 2017.

Additionally, the company created a collection that’s more durable —perfect for the modern woman with an on-the-go lifestyle. The collection’s website states, “Fiercely feminine, the Tiffany HardWear collection embodies the power and edge of New York City and the energy of its streets.”

And the shift is working. In 2017, the company’s stock was up by 30 percent. Hardly the white-gloved Tiffany that most of us think of.

As companies look for ways to grow revenue without neglecting their brand DNA, strategic marketing overhauls can save declining brands from collapse — revitalizing both profits and brand equity. Whether your brand decides to retarget, rebrand, redesign or reposition can depend on factors such as working capital restrictions and organizational priorities.

Pedialyte is a great example of how you don’t need to create new products to capture a new audience, while Toyota redesigned an existing product to fit new consumer preferences and Tiffany created a new product line in response to changes in who the buyers of jewelry are.

By looking at their portfolios and aligning them to the new consumer landscape, brands can garner new customers without alienating the old ones. 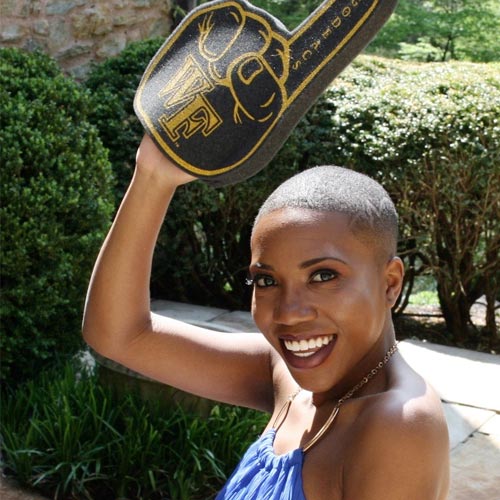 Abrea Armstrong – Abrea is a millennial torn between the nostalgia of handwritten notes and the convenient technology of Bluetooth speakers. At Pace, sh… MORE