The recent debate over the Federal Trade Commission’s new guidelines for native advertising has divided the industry. On one side, there are consumer groups that want regulations placed on native ads, and many agencies think that regulations will encourage more valuable content. On the other, many publishers, agencies and the Interactive Advertising Bureau in particular worry that the new standards will limit creativity and stifle innovation. In a statement, Brad Weltman, VP-public policy at the IAB, said, “We want to evaluate more carefully the FTC’s specific recommendations, to assure they are technically feasible, creatively relevant and do not stifle innovation.” Mark Howard, the chief revenue officer of Forbes Media said, “As soon as you start to standardize things and put guidelines around things, you limit the level of creativity and innovation that is able to occur.”

The FTC has placed guidelines on native advertising because some advertisers and publishers have attempted to deceive consumers into engaging with branded content, rather than openly stating that the content is a paid placement. Advertisers and publishers that are above board have been making reference to sponsored content for some time now. And for many, disclosure of sponsored content has been a requirement. In fact, according to Weltman, “[the] IAB has been telling our members for years that ‘disclosure is not optional’ for native advertising—it is a requirement.”

Unfortunately, advertisers and publishers that have not followed suit in acknowledging paid placements could be putting us all in a tightly regulated box. The good news: We’re not there yet.

The FTC has stated that disclosures for paid content-based advertisements, on all devices, should be:

These guidelines will require those advertisers and publishers not yet disclosing sponsored content to do so, making the native ad game a level playing field on all accounts. If we can all abide by the established guidelines, we can hope that they don’t become so strict that they ruin it for all of us.

Honorable Players Have Always Been Disclosing Sponsored Content, So This Is Nothing New

Most publishers, advertisers, social networks and influencers have adhered to ad disclosures all along. For those of us who have placed native ad buys through both programmatic platforms and direct-to-publisher, the disclosure of sponsored content—which has always been an element of the process—doesn’t change that much for us.

Consumers Are Not Stupid

Jessica Rich, director of the FTC’s Bureau of Consumer Protection, said, “People browsing the web, using social media or watching videos have a right to know if they’re seeing editorial content or an ad.”

If a piece of content references a brand, a product or a service, consumers are smart enough to reasonably recognize that they’re being exposed to an ad. Further, if a reader is interested in the content they’re engaging with, why do they care? Technology advances have made it so that targeting audiences with relevant content is easy. The original intent of native advertising was to infuse relevant content into publisher sites, providing a richer experience, corresponding to the content surrounding it. The original intent was not to deceive consumers. Brands and publishers with integrity are ensuring this is held true. And if a brand or publisher messes up—serving content to an audience who’s not interested in it—guess what? The consumer will pass it by and the world will go on.

Eight percent of Internet users account for 85% of banner ad clicks, and 50% of Internet users never click on banner ads at all. The emergence of branded content, whether it appears in native format or through brand-owned channels, is a direct result of advertisers striving to engage consumers in a more meaningful way. The good news is that if the content is interesting enough, consumers are willing to interact. As Jeff Beer of Fast Company said, “Native ads should be good enough to stand on their own, no matter how clearly labeled. If deceit is required, you’re doing it wrong.”

Native advertising plays a key role for brands in building deeper relationships with consumers, and can be powerful in working audiences through the conversion funnel. And when done right, native advertising can deliver immense value to people who are seeking to engage more on a topic or with a brand. What questions or comments do you have about the FTC’s new guidelines for native ads? Let us know in the comment section below! 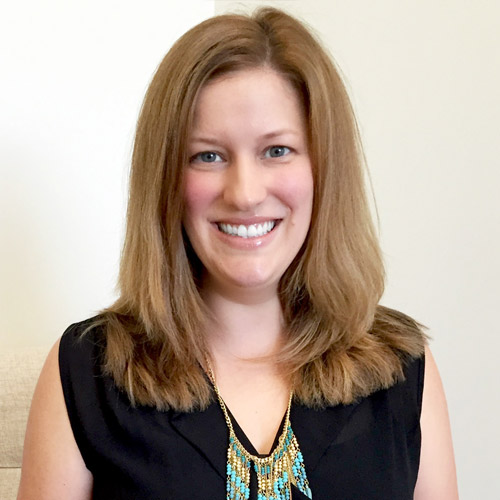 Brooke Wagner – Guided by her passion for digital strategy and emerging media, Brooke has led innovative marketing initiatives for notable brands like… MORE