We’ve all seen them—endorsements by big-name celebrities that surely cost some marketing director a third of his annual budget and his first-born child. Basketball player Jabari Parker for Gatorade, actress Jennifer Aniston for Aveeno, the list goes on.

Sure, some might argue that the star factor could help shape an intended image for a brand, make a product more memorable and eventually lead to a boost in sales. After all, big names in sports, entertainment, fashion and other industries certainly have clout. But often, with greater celebrity comes greater risk. A January 2014 Forbes article cited a study of celebrity endorsements that concluded the reward doesn’t outweigh the potential residual costs.

There’s one type of person whose stamp of approval can be just as effective, if not more so, than a celebrity endorsement. These are the all-powerful industry influencers. (SPOILER ALERT: Three brands in the travel industry are really nailing it)

Bloggers, digital socialites and subject-matter experts with large groups of devoted followers—these are the people whose opinions can be a real game changer for a brand.

Why? First, industry influencers don’t put their stamp of approval on just any brand, product or service. They have a dedicated audience who values their expert opinion in the same way one might value a friend’s word-of-mouth recommendations. Their “celebrity” lies in their experiences: the restaurants and recipes a “foodstagrammer” has tried, the backstage passes an indie music vlogger has scored, the places and cultures a travel blogger has explored.

When an industry influencer shares opinions about a brand, service or product, it can have a significant impact on the label and even the industry. This form of user-generated content (UGC) has been deemed one of the most effective forms of content marketing for the travel industry. Like many other types of consumers, travelers want the real deal. With an endless stream of UGC available online, finding a blogger or social media star who has been there, done that and shared their experience with the world is just a click away. With such easy access to this kind of information, it’s easy to understand why someone might choose to visit California based on a recommendation from well-known travel vloggers, rather than the visitor bureau’s star-studded TV advertisement.

Industry influencers are responsible for producing the most popular UGC in their field. They are, after all, some of the most experienced and trusted users out there. For this reason, successfully tapping into an industry influencer’s audience can be a major benefit for a related brand.

Harnessing the power of these industry influencers comes down to four key things:

Around the World by Private Jet

Four Seasons Hotels & Resorts has been offering private jet vacations since 2012. The experience has really started to take off with the recent debut of the branded Four Seasons luxury jet, and the company has a number of excursions scheduled through 2016. 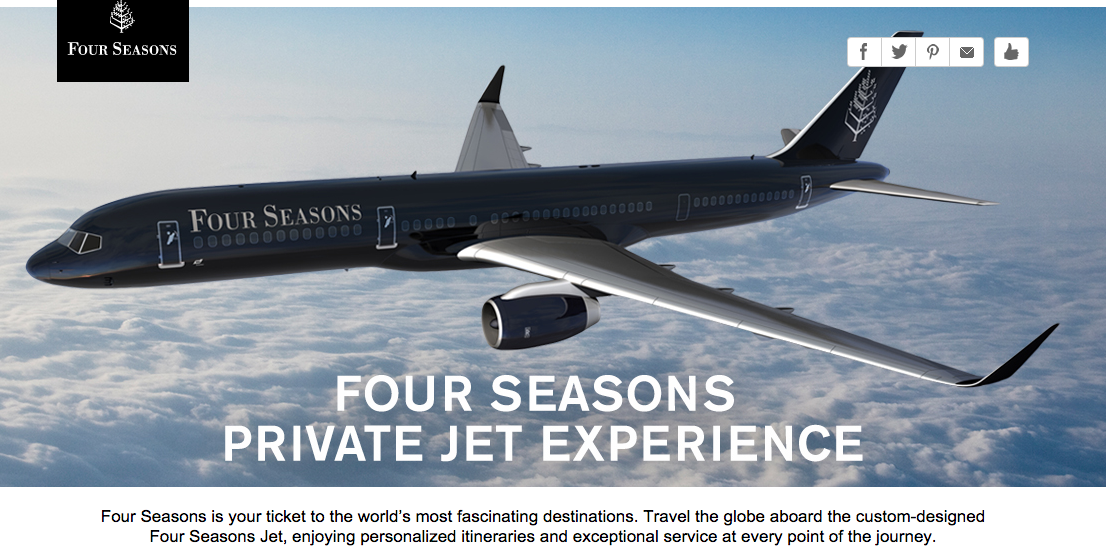 But when the Around the World by Private Jet travel experience was just a fledgling offering, Four Seasons needed a way to shine the spotlight on this once-in-a-lifetime opportunity. This type of high-end travel experience couldn’t be marketed to the masses, however. The brand’s target audience is travelers interested in only the best luxury experiences, and Four Seasons loyalists who wouldn’t consider such an undertaking with any other brand.

Rachelle Lucas joined the second Four Seasons Around the World by Private Jet trip in 2012. For 22 days, she live-tweeted her journey to her large Twitter following (she was named one of the Top 50 Most Influential People In Travel on Twitter) and interacted with the Four Seasons brand and individual property Twitter accounts. She also produced videos and written content, which appeared in the Four Seasons digital magazine, to document her travel experience. Talk about giving prospective travelers a first-hand account.

Disclaimer: Four Seasons is a client of Pace

Travelers who use Nomadic Matt’s budget travel site as a resource know he only endorses products and services he uses during his travels. You won’t find paid advertisements or sponsored posts on the site. Keeping the site free of paid endorsements allows Nomadic Matt’s stamp of approval to carry enormous weight for his readers who trust that he will convey an accurate and truthful representation of brands he mentions on his site. 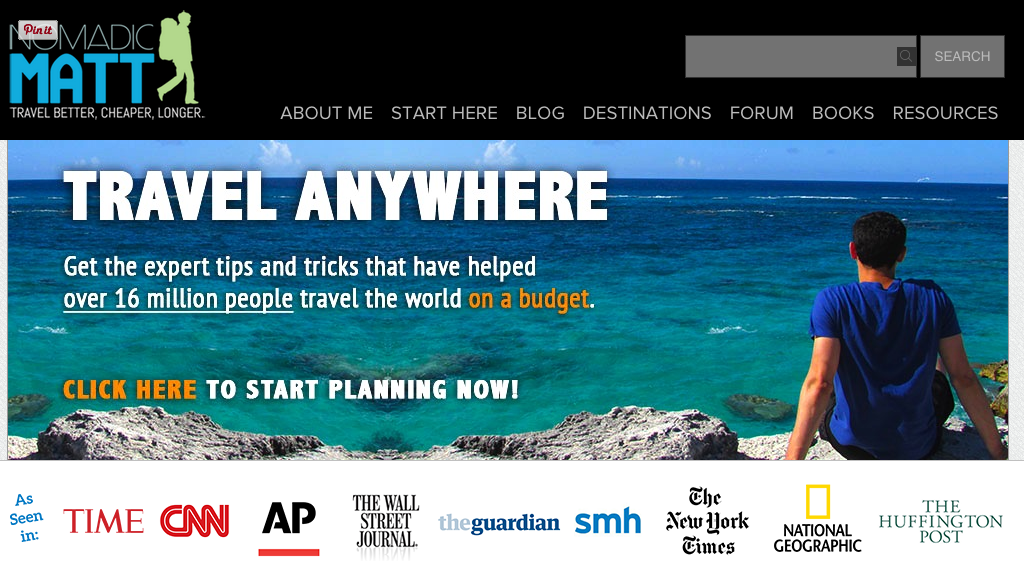 Despite previously having a strict, no-paid endorsement policy, Asiana Airlines was able to harness Nomadic Matt’s influence in a way that aligned with his brand standards, while benefitting the brand by association. Matt recently traveled to Shanghai to film a commercial for the airline. And while a commercial may seem a bit like a celebrity endorsement move on the part of Asiana, a closer look reveals quite the opposite.

Matt spent many of his early travel years in Southeast Asia, a destination covered extensively on his site. He hopped from one city to the next using the cheapest means of travel he could—often flying via regional budget airlines. Matt touts budget air carries like Asiana as having even better service than well-known Western carriers, so the partnership with the brand is a perfect fit.

“One of the things I like most about flying Asian airlines is the level of service they offer,” he wrote on his blog. “Their Western counterparts keep slashing services and raising fees, while the Asian carriers keep making your experience more enjoyable.”

No word yet on when and where the commercial will air. I’m willing to bet it will have something to do with marketing budget-friendly flight options for travelers interested in visiting Asia from the United States., especially since the airline will introduce to its fleet this June a new Airbus A380 that will serve U.S. routes.

Travel the World With Trivago

Some people may argue that the “Trivago Guy” seen in TV spots has garnered so much attention for the brand that they wouldn’t be especially interested in enlisting the help of influencers to make a name for itself in the travel industry.

While pop culture junkies scan major publications for Trivago Guy headlines, such as Buzzfeed’s “Rest Easy, The Trivago Guy Has Turned His Life Around,” travelers seriously considering booking through Trivago are much more interested in knowing whether the service will actually help them find the best deals on hotels anywhere in the world.

Perhaps the subtlest of the three brands, Trivago enlists popular travel bloggers, including Stephanie Yoder of Twenty Something Travel and Caroline Eubanks of Caroline in the City, as contributors to its blog, Checkin. By publishing posts written by industry influencers on its blog, Trivago introduces a more organic way for bloggers to partner with the brand, rather than paying for sponsored placement on the influencer’s blog, which can often come across as forced or insincere to the their audiences. 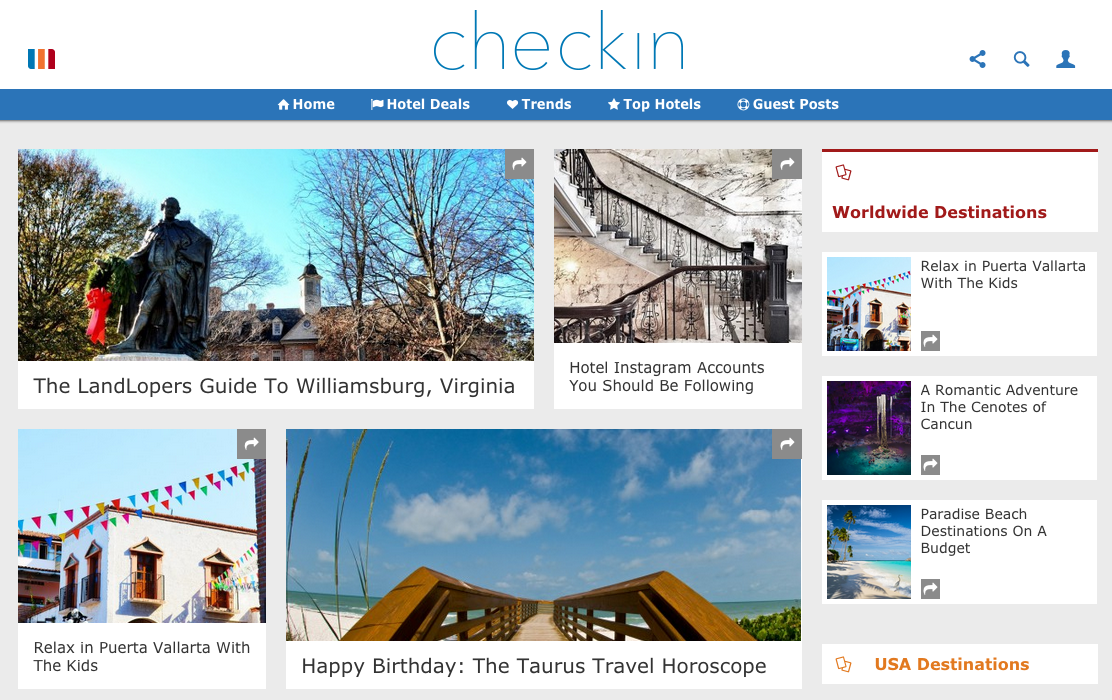 Instead, the influencers write about destinations or other topics for which they are considered a subject-matter expert on the Trivago blog, thereby vetting Trivago’s service as one that a reader could use when planning a trip related to that destination or topic.

What industry influencers do you trust every time they give their stamp of approval to a brand? We’d love to know more in the comments. 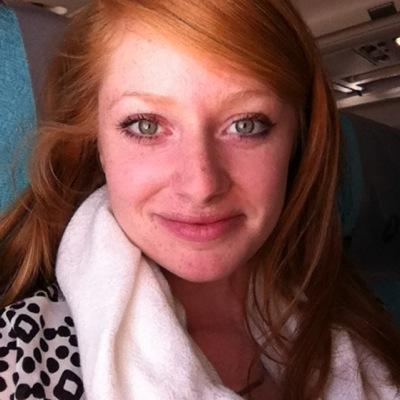 Meghan Miranda – I'm a writer who is constantly experimenting, exploring and fighting a losing battle with the travel bug. I currently work as an assis… MORE