Fun fact: The 10 most expensive movies of all time were made in the last 10 years. Despite the ubiquitous technology that makes them easier than ever to create, many of today’s blockbusters and smash hits have much bigger budgets than those made in more recent decades. To offset those enormous production costs, today’s films need marketing campaigns that fully engage audiences to stir up the hype necessary to generate a net profit in ticket sales.

Recently, a few movies with creative marketing campaigns have gone viral. Here’s what we can learn about them:

From Success Kid to Grumpy Cat, you don’t need to look far to see that the Internet. Loves. Memes. When the marketing team behind Straight Outta Compton brainstormed ways to hype the movie, they came up with a meme generator that really hit home with audiences.

The website straightouttasomewhere.com makes it easy to create the meme. All users have to do is type their hometown into the template. The generator then creates a personalized meme that can be shared to their social media accounts. It’s easy to consume and easily recognizable with its grainy black-and-white, stylized block format and text. The meme also gives people a chance to relate their own backgrounds to the hometown pride reflected in the film’s name (or even to share humorous situations, like Straight Outta Toilet Paper). 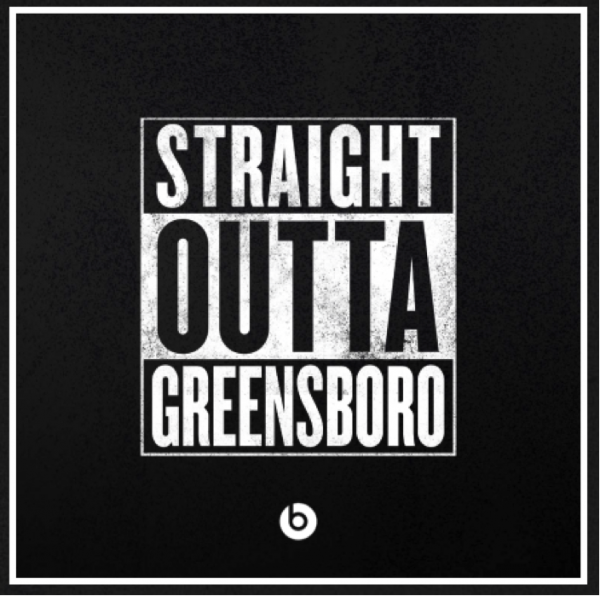 Brandwatch gives a few general guidelines for creating memes. One can see how #StraightOutta followed many of these rules. According to Brandwatch, memes should be:

User generated content (UGC) can be a fantastic way to spread your message and create social media buzz. Less than two weeks after the launch date, the StraightOutta meme generator website already had 7 million visitors and about 6 million meme downloads. To date, the #straightoutta hashtag boasts more than 340,000 posts on Instagram and countless more on Twitter. The movie itself has earned more than $200 million worldwide, making it the highest-earning biopic of all time.

Sadly (or perhaps fortunately, when you think about the number of risks and injuries), Jurassic World doesn’t actually exist. We do, however, have the next best thing: the fantastical Jurassic World website that immerses you in the place that all started in Michael Crichton’s imagination. 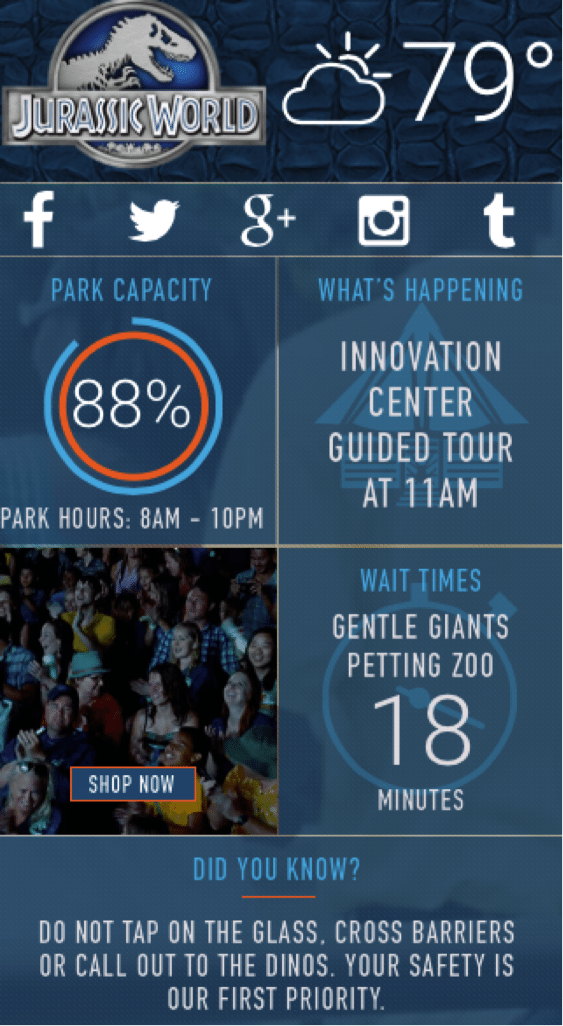 Jurassic World’s content hub launched seven months ahead of the movie’s release in 2015—plenty of time for fans of the original Jurassic Park series to discover and explore the wealth of content available. The attention to detail that went into the site is incredible; it almost convinces you Jurassic World is a real destination. Some brilliant features of the site include: a park map, live “park cam” of several animal enclosures, an up-to-date “news feed” showing the current temperature, park capacity and wait times, and factoids on various dinosaurs. 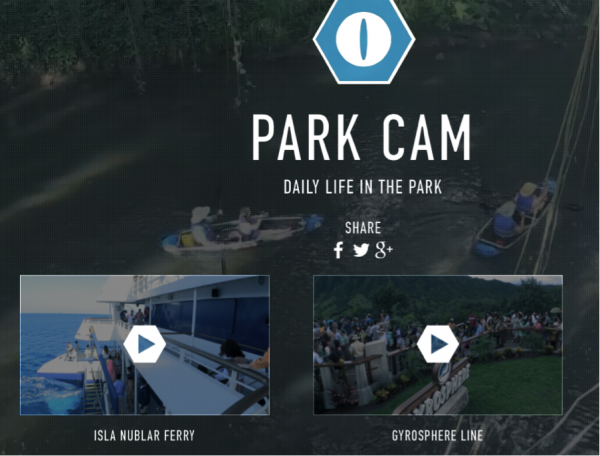 The “Plan a Visit” area of the site really stood out to me. When the movie was still in theatres, visitors to the website could immerse themselves in Jurassic World, then click on “View Ticket Packages,” where they could read about the fictional experiences available to “park visitors” (including the Adrenaline package, the Romance Package and the Apex Predator Package), complete with “real reviews” from previous guests. Or, more realistically, they could buy tickets to see the movie in theatres. Now that the film is out on DVD, clicking on those same links takes you to where you can buy it online. 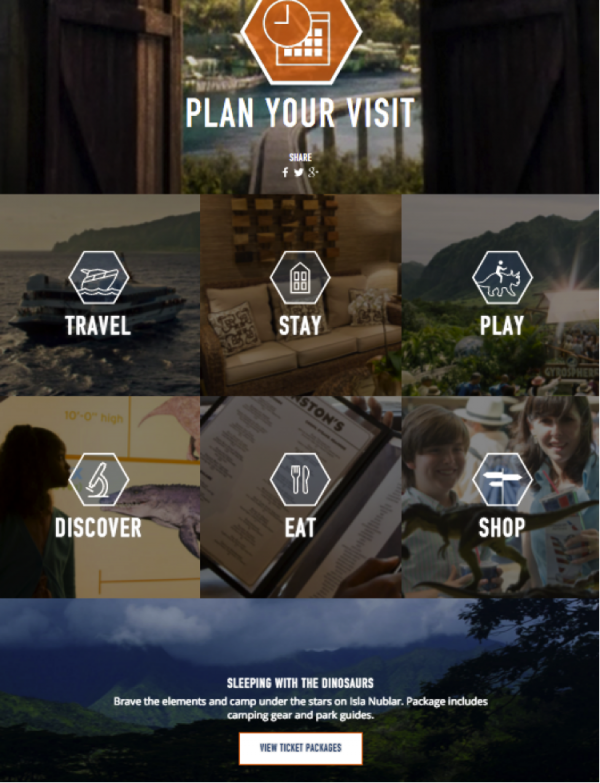 The amount of time since the last Jurassic movie (released in 2001) was just long enough to build up a sense of nostalgia among the general public. Launching the website ahead of the movie’s release allowed fans to indulge in that nostalgia, gain insights and clues into the new installment and refresh their memory about what made the movies so magical in the first place. Thanks in part to clever marketing efforts, Jurassic World earned more than $1.6 billion at the box office.

The Star Wars series may be set in a galaxy far, far away, but the 360-degree video launched on the official Facebook page ahead of the latest movie’s release made it feel up close and personal. The immersive clip took the viewer on a one-minute journey through the desert planet of Jakku, in the driver’s seat of protagonist Rey’s speeder bike. On a desktop view, users could click and drag to explore the surrounding landscape, and on mobile they could do the same by tilting their devices, resulting in an experience that received well over 200,000 shares on Facebook. Without giving away any spoilers, this video hyped audiences for the movie and drew strong engagement. Just watch for yourself:

Speed across the Jakku desert from Star Wars: The Force Awakens with this immersive 360 experience created exclusively for Facebook.

In Ryan Hecht’s recent post on our blog about using Facebook 360-degree videos in marketing, he writes: “What’s made the Star Wars clip so popular can be attributed to an unprecedented and futuristic degree of user control. But we’re also being treated to a perception of access, and in these early days that invitation alone is the story.” I couldn’t agree more.

As with Jurassic World, the Star Wars films benefited from a general public sentiment of nostalgia. Several years had passed since the last one was released, and decades since the last good Star Wars, so the 360-degree video teaser was an excellent way to whet the audience’s appetite. Indeed, using the emerging technology of virtual reality and 360-degree videos to promote and/or give a “sneak peek” to new movies is a trend that makes sense when you consider that the target audience—moviegoers—enjoys the cinematic experience precisely because of its immersive nature. As the immersive technology becomes more accessible to filmmakers, we will no doubt continue to see more videos like this included in the marketing campaigns for new releases. (Looking at you, Avatar 2 and Pirates of the Caribbean 5).

Today’s marketing campaigns do a lot more than make a simple movie trailer. They also create content that engages audiences, builds buzz and sparks further conversations on social media to create widespread awareness. When brainstorming ideas and strategies for your own clients, be sure to think about how you can draw audiences through user-generated content and immersive experiences.