Viral Videos in the Automotive Industry

Car videos tend to show us the same thing time and time again: A brand new shiny car, maneuvering through beautifully paved roads alongside a majestic mountain landscape. A heavy-duty mud splashed pickup truck dominating rugged terrain. Or how about the cute two-seater with an attractive couple hitting the beach thanks to their fun-loving automobile. These videos are predictable, uninspiring and more often than not, boring. Where’s the story?

One thing that a few car companies have noticed is that going viral with a stellar content marketing play doesn’t mean sticking to the same old car commercial template. In fact, a successful content marketing video includes three things: 1) story that captures the imagination, 2) visually interest, and 3) great sound and music. But even if you have those three elements, the key is having your audience share your masterpiece. A study shows that strong emotion reactions will provoke the “care and share” mentality. There is no magical recipe that guarantees a viral video, but we’ve rounded up these examples of videos in the automotive industry that have done well—we’re sure you’re familiar with a few of them already!

The Kia Soul aims to be hip and trendy, appealing to a younger demographic. In 2010, Kia launched the first of its now infamous hamster commercials, featuring life-size hamsters rapping to a popular 90’s throwback, comparing the Soul to a toaster to emphasize the revolutionary and unique shape of the car.

Since then, Kia has launched a series of hamster commercials. A more recent one set to Lady Gaga’s “Applause”, features the furry animals rigorously working out trying to slim down for their red carpet debut. The hamster crew makes a grand entrance with their new physique  and stunner shades as they step out of a Kia Soul to be greeted by the flashing lights of the paparazzi.

A Match Made in Heaven

While Kia chose to use animals to promote their vehicle, Chevy went with a more musical approach when they teamed up with OK Go, a band that reached fame with their innovative and creative approach to music.

The video features the band performing the song “Needing/Getting” while driving a Chevy Sonic through an obstacle course filled with unique noisemakers. The Sonic, the band members’ voices and the course are the only auditory components of the commercial, and the result is mesmerizing.

Chevy recognized the opportunity to pair up with an up-and-coming group who had already established a repertoire with the general public. Plus, they were able to show off the car’s superior navigability. To date, the video has nearly 27 million views.

May the Force Be with You

Volkswagen is no stranger to successful viral videos. The German car company identified with Star Wars and produced George Lucas-inspired videos to promote their vehicles. “The Bark Side”, an ad featuring a bunch of dogs barking to the tune of The Imperial March (Darth Vader’s theme song), quickly went viral. Fans then started sharing videos of their dogs’ reactions to the commercials, and Volkswagen pounced on the opportunity to build a relationship with their audience by creating a YouTube playlist of the user-generated content.

But Volkswagen didn’t stop there! To promote the 2012 Passat, VW snatched a spot during the 2011 Super Bowl to premiere The Force. The video tells the story of a young boy dressed as Darth Vader who goes about his day using imaginary superpowers. His dad comes home in a shiny new car and Baby Vader heads outside to evaluate the threat.  The dad spooks the pint-sized nemesis by using the automatic start feature and turning the headlights on from inside the house—demonstrating key features of the car. A simple play on childhood imagination touches viewers who remember their own kid magic moments.

An Ode to Ferris Bueller

In 2012, Matthew Broderick took a trip down memory lane with his appearance in the Honda CRV commercial, “Matthew Broderick’s Day Off”. Much like the legendary Ferris Bueller’s Day Off, Matthew decides he needs to have some fun and blows off his responsibilities for the day as he cruises around in a spiffy Honda CRV.

Honda spoofed an iconic American film and reworked it into a humorous ad that showcased the possibilities of places you can go in a CRV. Matthew finds himself at the amusement park, the beach, a horse race and even a cultural festival. Along the way the ad shows the car road handling, speed, interior space and even hands-free Bluetooth calling.

A group of vampires are partying around a campfire when their friend arrives in his Audi with the blood for the party. The headlights are so bright that all of his friends immediately dissipate upon contact with the light. Unique to the videos on this list, Audi ended the commercial with the hashtag #SoLongVampires to incorporate a social element to the campaign—an excellent and humorous strategy to keep the conversation going long after the commercial aired.

By demonstrating an understanding of pop culture, these car companies have successfully created video campaigns that actively engage the audience’s interest.

What are some important elements to a successful automotive video? What other video series from the automotive industry have you seen? 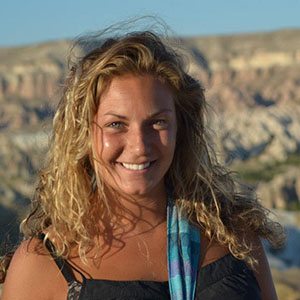