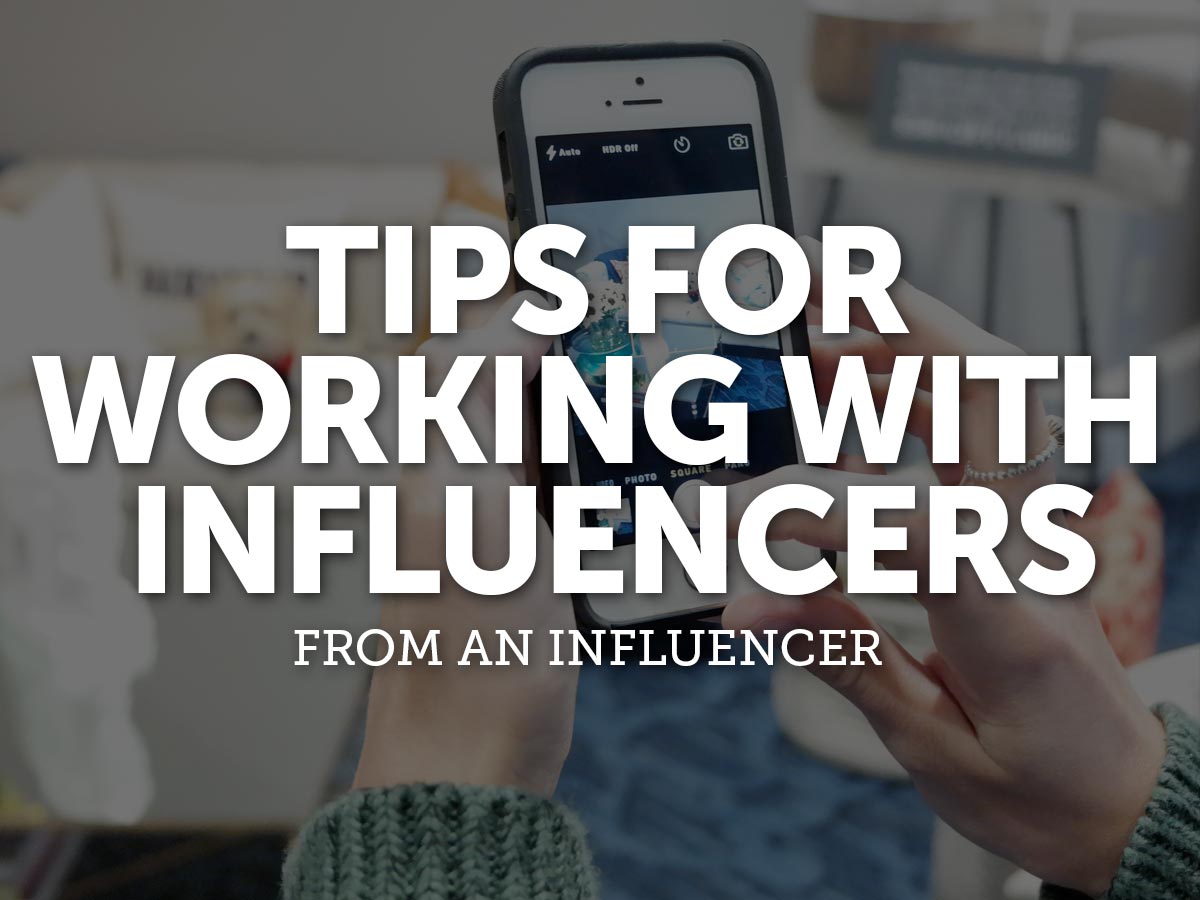 News flash: Influencer marketing is not a fad, and it isn’t going anywhere anytime soon. Using influencers to help spread a brand message has been shown to be a highly effective marketing tactic—one that some brands owe a significant amount of their success to.

And I should know: Not only am I a member of Pace’s social media and content activation team and have had a hand in organizing influencer campaigns for clients, I myself am an influencer.

Hmm, let me rephrase. My dog is an influencer. I just manage his social media channels, take all his pictures, come up with some really paw-some captions for his daily posts and engage with his fans on his behalf. At last count, his Facebook page had more than 300,000 fans worldwide. Over the past three years we’ve worked with some 40 different brands and have done everything from product-launch campaigns, to live social media event coverage and promotion, to appearing at industry conferences as the celebrity guest.

My experience working on both sides of influencer campaigns has given me a doggone unique perspective (in addition to a penchant for bad dog puns) on influencer marketing as a whole. So today I’m sharing some highly classified, insider tips about working with influencers, from an influencer.

If you truly want to hit the influencer jackpot, expect to do a bit of digging. Start by analyzing a few industry influencers: See who they follow and collaborate with and which online communities they’re a part of. This will help you identify other niche influencers that you wouldn’t find through a Google search or by using a single database.

Don’t be afraid to choose individuals with fewer followers than you initially imagined an influencer in your campaign would have. Your final list of influencers should have a variety of follower counts, content styles and diverse audiences. This will ensure that your campaign reaches as many people as possible, rather than overlapping across similar networks of the same fans.

From an influencer’s perspective, collaborating with a brand on a campaign that is supported by a diverse group of influencers is incredibly appealing. Not only does that mean I have the opportunity to engage with social media super stars I’ve never worked with before, but also that my sponsored content has the potential to reach new audiences and expand my fan base at the same time.

Choose Influencers That Are Already the Right Fit

When identifying influencers for your campaign, target individuals who may already be “perfect” for your brand. Ask yourself: Does the influencer’s content, tone, style and personality align with my brand? What can I observe about their work ethic from their channels? Do they actively endorse my competitors (paid or unpaid mentions)? Have they said anything negative about my brand in the past (a huge red flag!)?

Then, think about this potential partnership from the perspective of the influencer. How do you think they will view your brand, your product and what you’re asking them to do? The best influencers are pretty strict about what they endorse and choose brands that already align with their personality and content style, rather than trying to adapt to a brand that isn’t already a good fit.

Iron Out All the Details in Advance

Before contacting any of the influencers on your list, make sure that you know exactly what you want from them and what you can offer in return. There’s no doubt that your campaign will evolve a bit as you add more influencers; be ready to address questions they may have about the campaign that weren’t considered in the planning stages and make small changes if needed. But being flexible is quite different from being unprepared. An influencer can smell a disorganized, poorly planned campaign from a mile away. I’ve personally turned down several opportunities to work with brands because the rep wasn’t organized and didn’t have the campaign details figured out. It’s not worth investing the additional time, energy or resources to work with a brand that doesn’t know what they want, why they want it or what you can do to help them achieve it.

For example, if the focus of your influencer campaign is to increase brand awareness and grow your Insta-followers, great. But if you think you might also want them to publish a blog post about the campaign, HOLD UP. Revisit your campaign goals and tactics in order to determine exactly what you need from them leading up to and during the campaign. If sponsored blog posts are deemed a priority in addition to an Instagram post, include this in your initial correspondence with your influencers. Give them ample time to provide you with stats related to their blog like page views (if relevant to your campaign) to avoid backtracking on verbal or written agreements, which influencers see as a major red flag. Once that contract is signed, you legally can’t go back.

Get Their Attention With a Personalized, Thoughtful Email

When contacting your influencers for the first time, don’t send them a generic email and plug in their name at the top, assuming that since you’re offering them a paid gig they’re bound to respond to your request.

Instead, be personable and relevant. Mention a few things about their channels, their content or previous sponsored posts that you like and why you think they’d be a great fit for your campaign. Don’t go overboard, but if you take your time to explain why you selected them (and not just because they have a million followers on Snapchat) they’ll be more apt to read your entire email and respond favorably to your message.

Gone are the days when influencers would accept a sampling of products to promote your brand. Now, expect to compensate them for their time in addition to providing them with free products or services (for content creation purposes, of course). Influencers are technically independent contractors, and they work hard and file taxes like the rest of us. It’s important to pay them on the books and in the same way you would any other contractor.

In addition to monetary compensation, there are other perks you can offer an influencer to help sweeten the deal. For example, if your brand has a significant social following, offer your influencers the opportunity to be featured on your social channels in order to help further boost their fan base.

Give Them Enough Time and Let Them Be Creative

I’m not the only influencer out there who has a “real” job in addition to my influencer gig, and others like myself are restricted to creating their content on weekends. Taking photos, editing videos, writing blog posts, planning content calendars…all this stuff takes time, not to mention a significant amount of natural noontime light to make a photo or video pop. Give your influencers at least two weeks to create and submit content for your campaign, and enough time to make edits or retake photos and videos if necessary before the campaign goes live.

When it comes to creativity, provide your influencers with guidelines that still allow them to be creative and have fun with the content they create. You don’t want to stifle their creativity—which would result in disingenuous content that won’t jibe with their followers—but you do want to steer them in the right direction to ensure that the videos, photos or blog posts for your campaign are in the best interest of your brand.

To be frank, there’s nothing more odd than when a brand pays me to create all this great content, but doesn’t engage with it once it goes up on my channels. Commenting, liking and re-posting sponsored content from your influencers is a best practice that influencers appreciate and expect, but one that many brands fail to do. Why wouldn’t your brand engage with the content you’re paying them to create?

It’s unrealistic to expect one post from one influencer to magically double your sales from the previous month, increase your social media followers by 50% or make your brand “go viral.” To their fans, a sponsored post is simply a footnote in the influencer’s larger story. This is why creating a campaign that’s supported by multiple influencers is much more effective than a single post by a single influencer. A well-planned campaign can generate more buzz than a few random sponsored posts ever could.

From the perspective of an influencer, when other influencers post content promoting a campaign that they’re a part of, you feel much more supported. It’s nice to know that you’re not the only one out there shouting a brand’s message for the entire world to hear.

These are just a few lessons I’ve learned working as an influencer, and working for Pace on influencer campaigns. There’s no one way to “do” influencer marketing, but if you keep these points in mind you’ll be on your way to successfully executing your next campaign and building relationships with influencers that can benefit you both now and in the future.

Now it’s your turn: Are you an influencer who’d like to share some tips and tricks you picked up while working with brands? Or, maybe you’re someone on the agency side who has questions about working with influencers. Let me know in the comment section below! 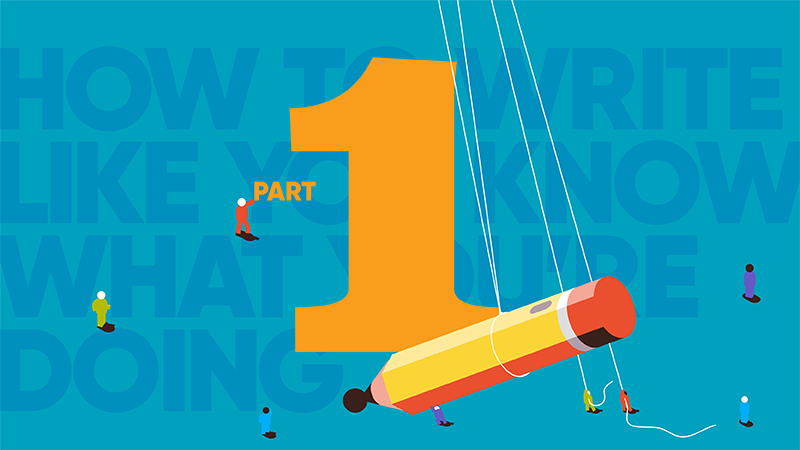 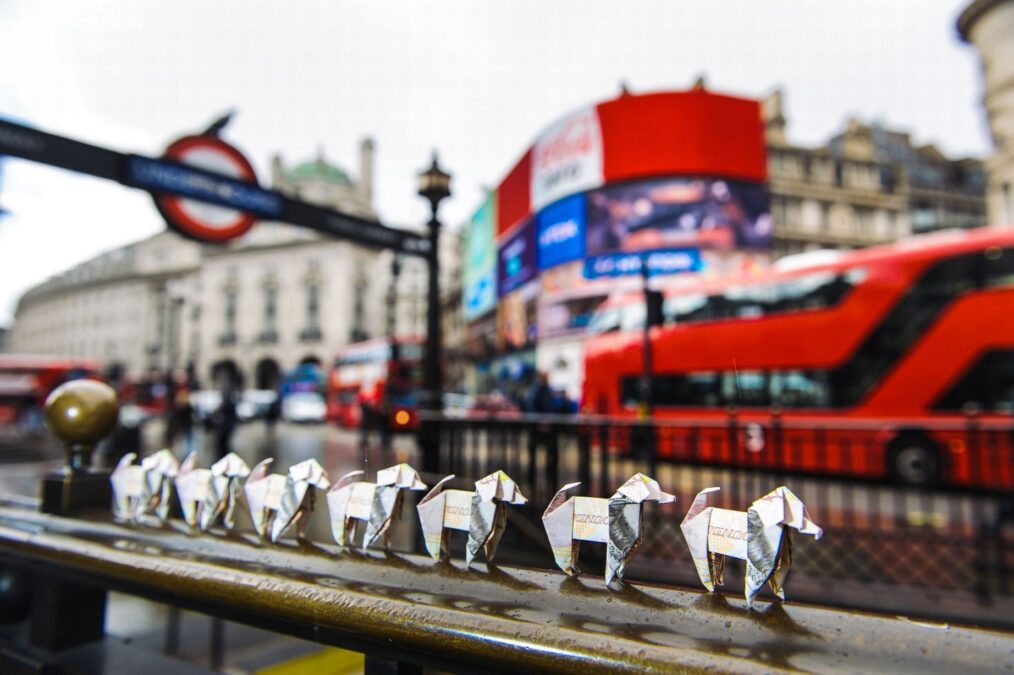 Live Event Marketing: This Brand Did It Right 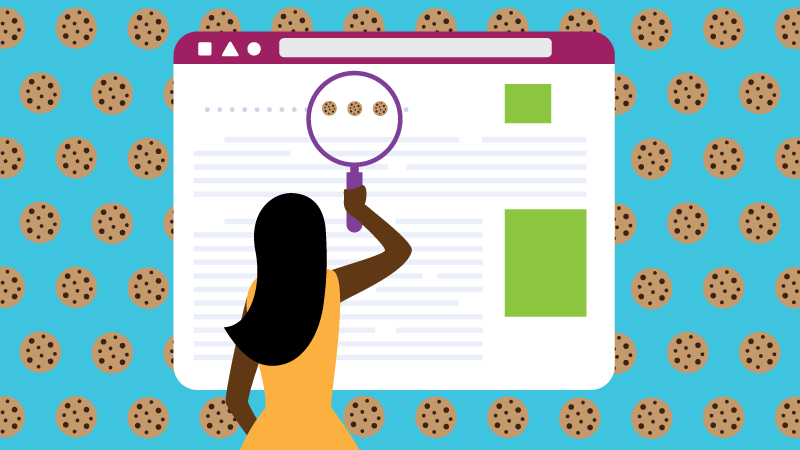 Cookiemageddon, or How I Learned to Stop Worrying and Embrace the iOS 14 Tracking Updates