Multicultural Marketing: Have You Considered a “Total Market” Approach?

In traditional marketing terms, there have always been two distinct segments: the General Market (GM) and the Multicultural Market (MCM). In generic terms, the GM (or the “mainstream”) has been the equivalent of “non-Hispanic white consumers,” while the MCM has represented everyone else, segmented mostly into African American, Asian and Hispanic consumer groups. 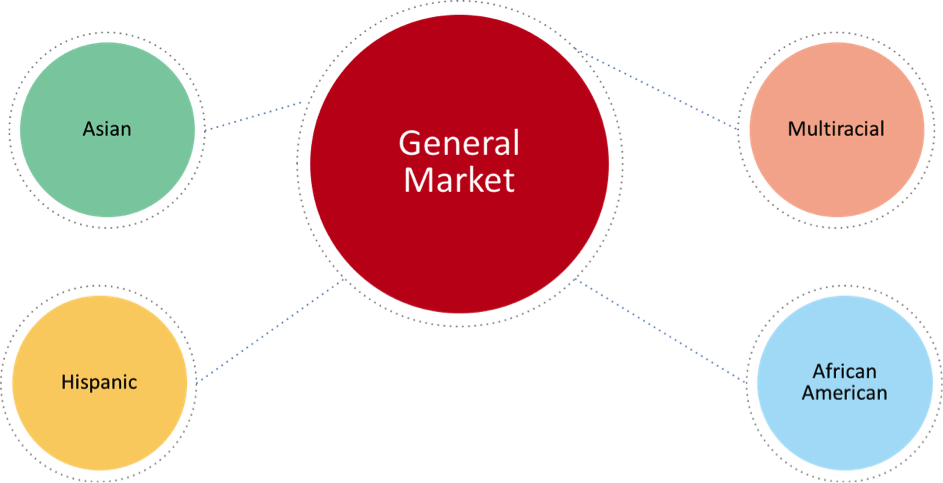 Most of us are probably familiar with the separate approaches for each when developing a program or campaign: It inevitably starts with GM insights, a GM strategy, a GM brief, media plan, distribution strategy, etc. Generally, after the GM brief has been set, if the product/promotion is deemed important enough for diverse audiences, the MCM strategy and briefs are established, incorporating cultural nuances and insights to make them more “relevant” for these audiences.

At face value, this approach makes some sense. Conventional wisdom has taught us that non-Hispanic whites represent mass culture from a numbers and influence perspective; the other groups think, act and shop differently and are influenced by different things. It would make sense that the “mainstream” culture leads the charge, and MCM strategies are crafted around it, drawing on its influence as the epicenter of cultural norms. But does this approach still make sense in 2016? In short, no. The mainstream (General Market) has changed, and not only no longer strictly represents non-Hispanic whites, but is heavily influenced by multicultural groups.

Let’s take a look at some numbers: 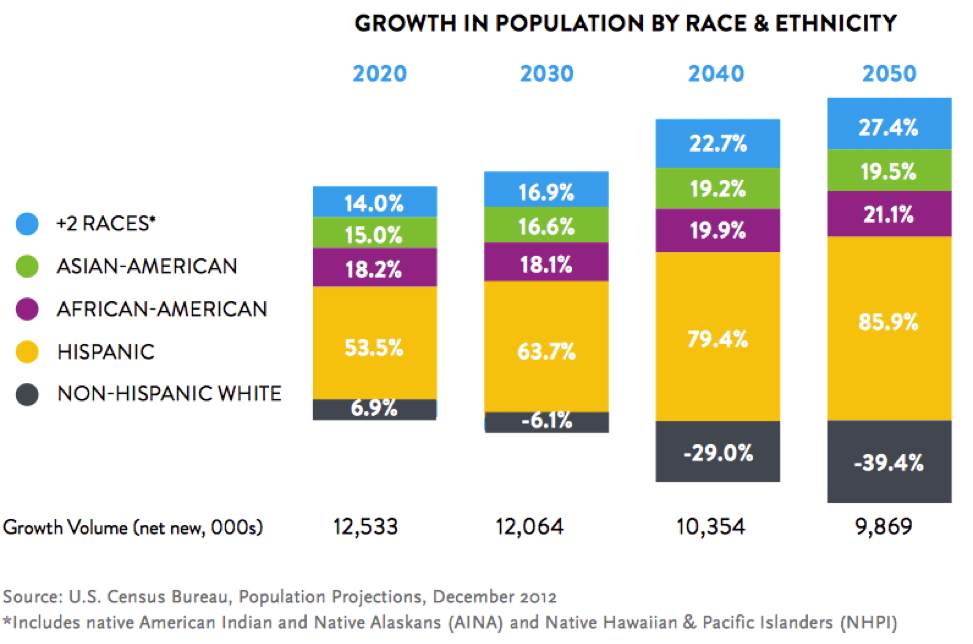 Then, of course, there’s this number:

That “3” followed by 12 zeroes represents the current estimated collective buying power of the three major racial and ethnic segments in the U.S…Actually, it’s closer to $3.4 trillion. If you’re not actively working to connect with these audiences at every turn, and in a way they will respect, they may not support your brand in the long run—and that’s not a gamble most companies can afford to make.

The numbers are compelling, but what does this mean?

In short, it means that if you still think of this when you picture the General Market consumer… 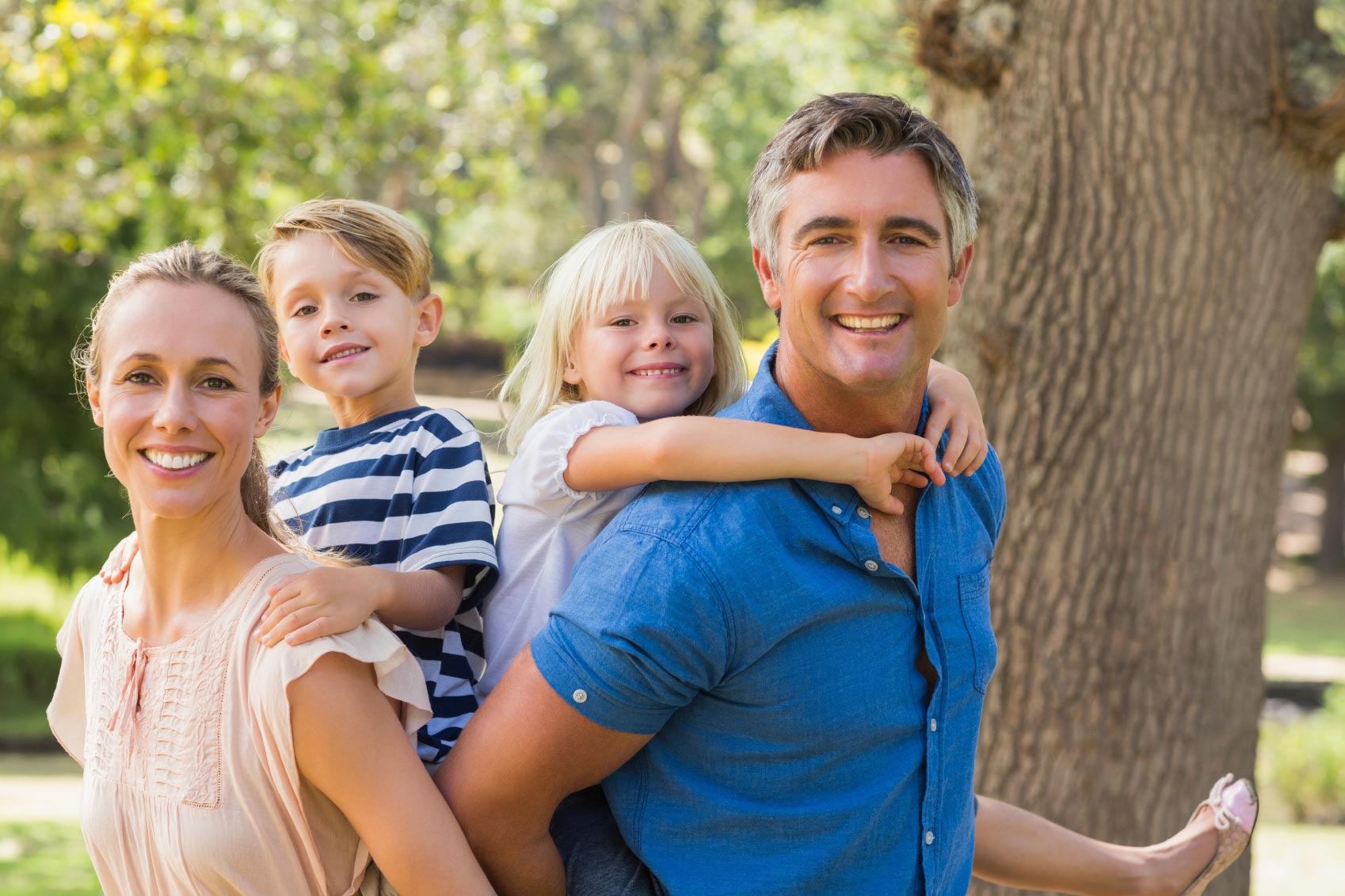 You’re not on the right track.

The General Market Is the Multicultural Market.

Actually, the new “General Market” is the TOTAL Market, and It’s reflective of consumers’ diverse backgrounds and culture. Our content programs need to mirror that.

The world is more diverse now than at any other time in history, and we have to stay relevant by using a diverse and inclusive lens on every campaign, every promotion, every story and every piece of content. Diversity extends beyond strict definitions of language, race and ethnicity; instead, it embraces a true cultural movement.

Gilbert Dávila, chairman of the Association of National Advertisers’ Multicultural Marketing and Diversity Committee, put it this way: “Embedding a multicultural perspective into all of our efforts is not a choice, it’s a necessity. It’s time for us to embrace a total market approach, while still targeting individual demographics. In this plan, everyone is included. Everyone is represented. Every single time.” 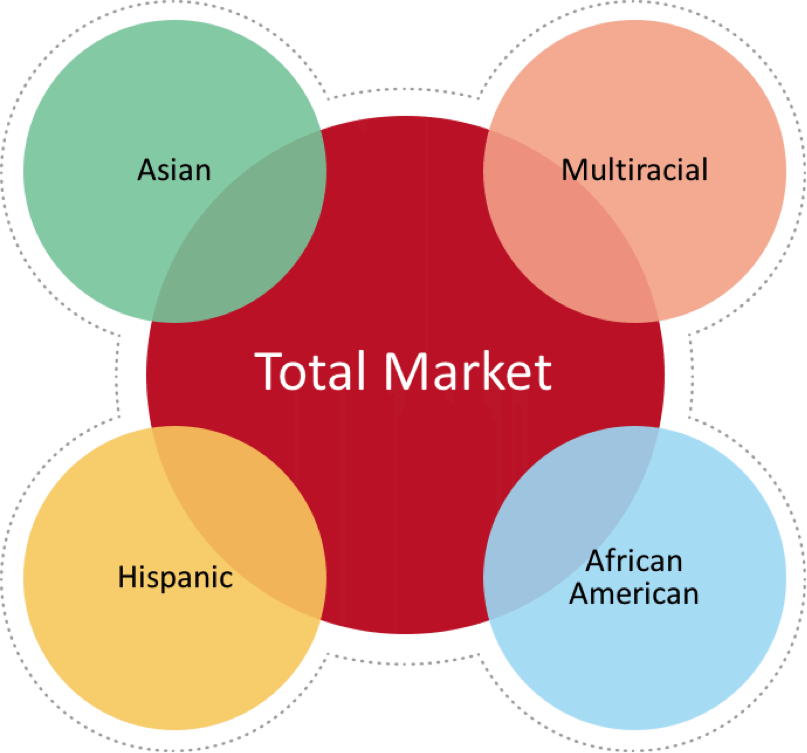 To be clear, we’re not suggesting that every thing you do resemble a United Colors of Benetton ad from the ’80s; authenticity here is crucial. Instead, it means leading with a multicultural TOTAL Market mindset from the beginning. It means developing a strategy that embraces a diverse audience. It means infusing the main brief with cultural insights. It means challenging the creative to authentically reflect cultural nuances. And finally, it means ensuring you have an internal staff that is reflective of the Total Market. It’s time to take stock of your team and ask if it’s more representative of the old status quo (mostly white) or truly diverse. The truth is that unless you invest in bringing diverse people, perspectives and cultures to the table, you’ll eventually be stuck with an outdated and irrelevant marketing program.

A note of clarification: This does not eliminate the need for focused MCM programs or campaigns (or departments and agencies) that speak to the individual multicultural segments. Different and distinct approaches are not only necessary for these audiences, but also respectful of their cultural identities. Specialized products and services, as well as targeted media, events and sponsorships, still require a separate multicultural effort. Asian and Hispanic audiences also may need content in languages other than English, or a combination of languages that reflect their biculturalism. A segmented approach in these cases still makes sense, but a GM campaign absent of these cultures does not.

What brands are already doing this?

Walmart, Coca-Cola and McDonald’s are great examples of brands that have adopted the Total Market approach, leading with multicultural insights to drive marketing strategy. According to Lauventria Robinson, VP-multicultural marketing for Coca-Cola North America, “Marketing 101 means Total Market.” Former McDonald’s CCO Marelena Peleo-Lazar said of their strategy, “We’re not in Kansas anymore. The general market doesn’t look the same…When we take the time to invest our resources to understand the points of view of the ethnic customers, we make smarter decisions that promote our brand in the best possible way.”

They all concede that it takes commitment and discipline, but recognize that it’s critical to the success of their business.

This is a lot to digest—how do I begin?

Cultural shifts are often challenging to maneuver, but embracing them will be one of the crucial keys to a brand’s longevity. To start, do an honest self-assessment of your brand’s internal structure, strategy and content mix. Take a look and determine if they represent the Total Market of today or the general market of 15 years ago. If it’s closer to the latter, here are some things you can do to make positive changes: 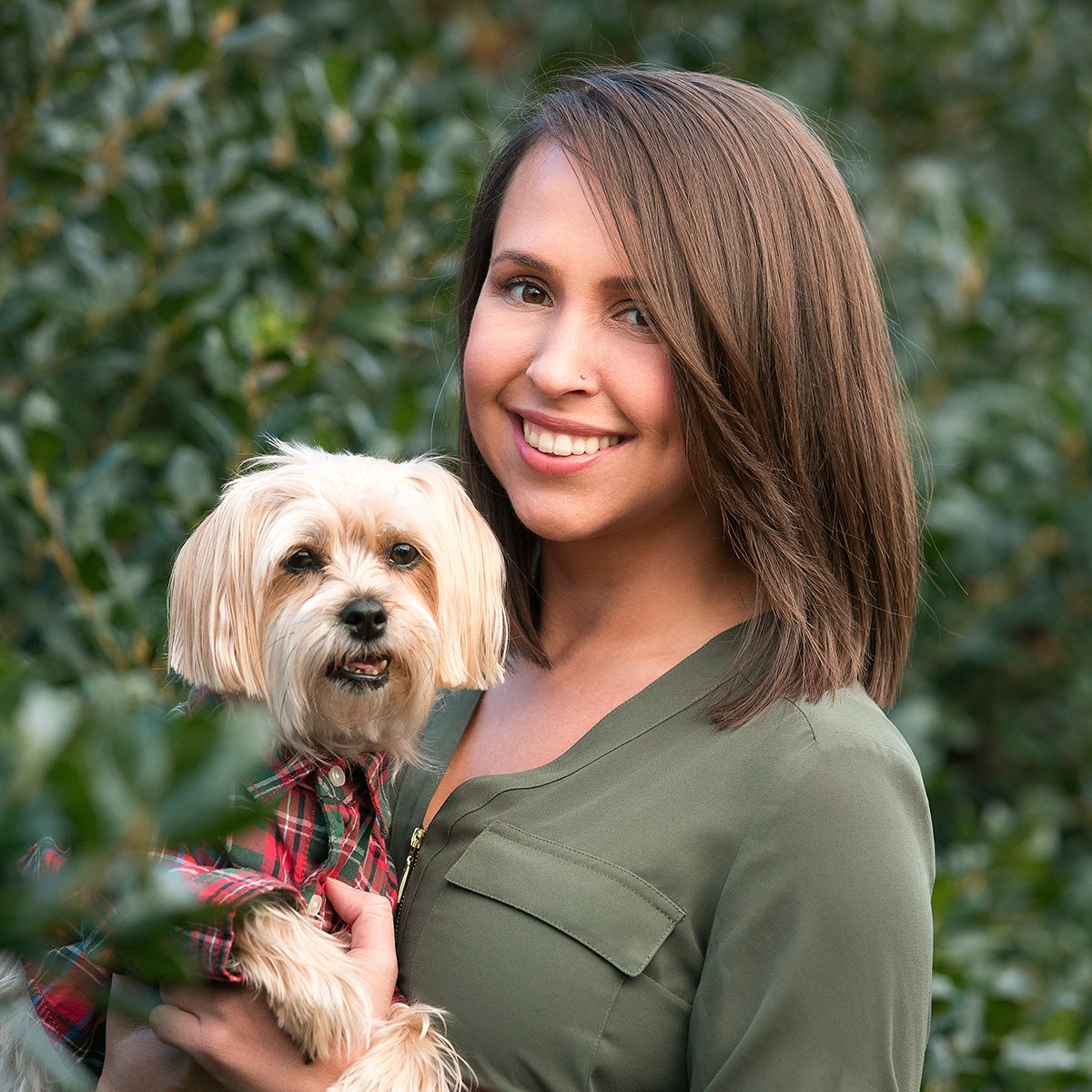 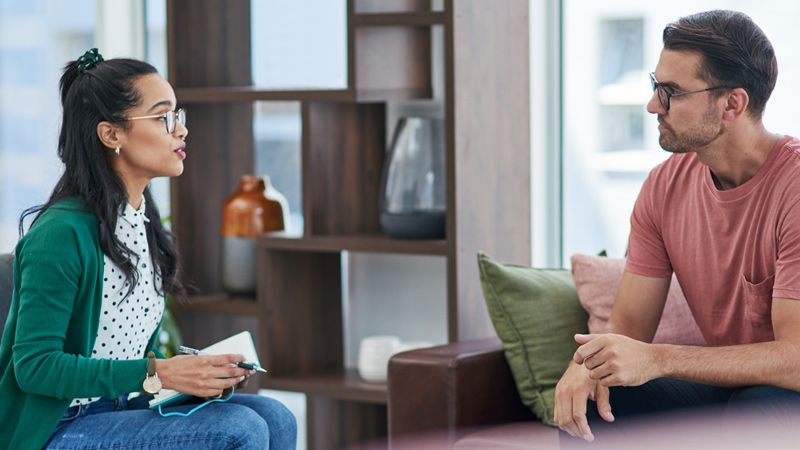 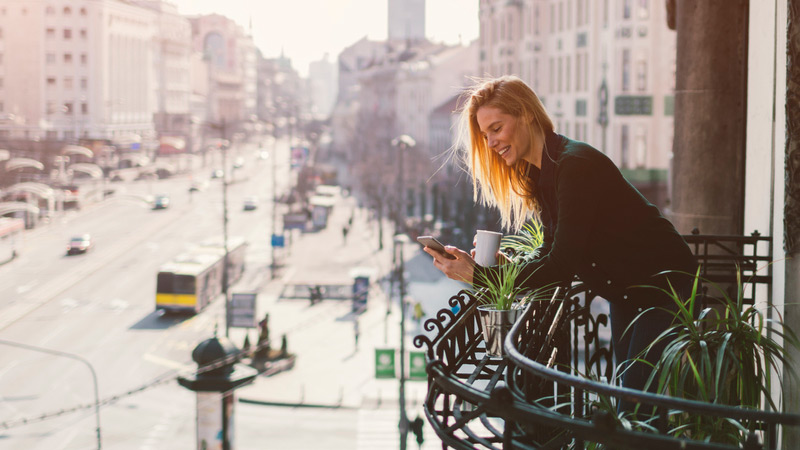 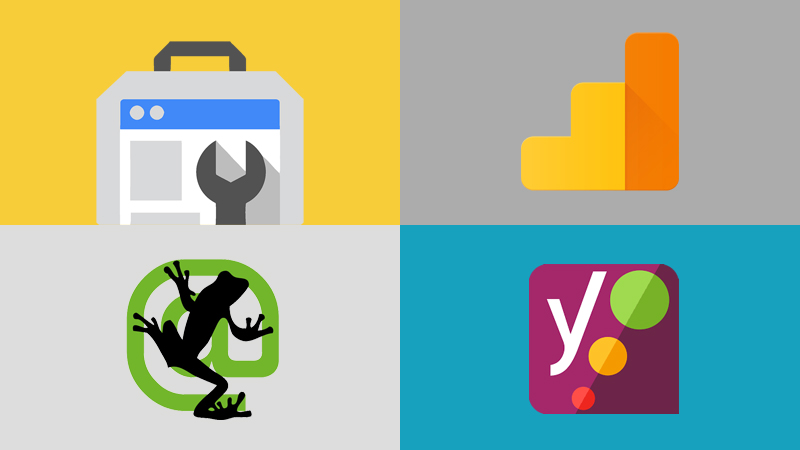